ARCHITECTS IN THE NEOLIBERAL AGE
VOICES ON THE PRESENT STATE

Welcome to this web-based research project that explores architecture in the neoliberal age. On here you will find 23 interviews, other research material and related analytical texts.

You are free to discover every single interview by clicking on the names or dive deeper into the subject and choose one of the five core questions which you can find in the upper left corner (‘organise by topic’). More detailed information can be found in the ‘What and How’ section at the bottom left corner. 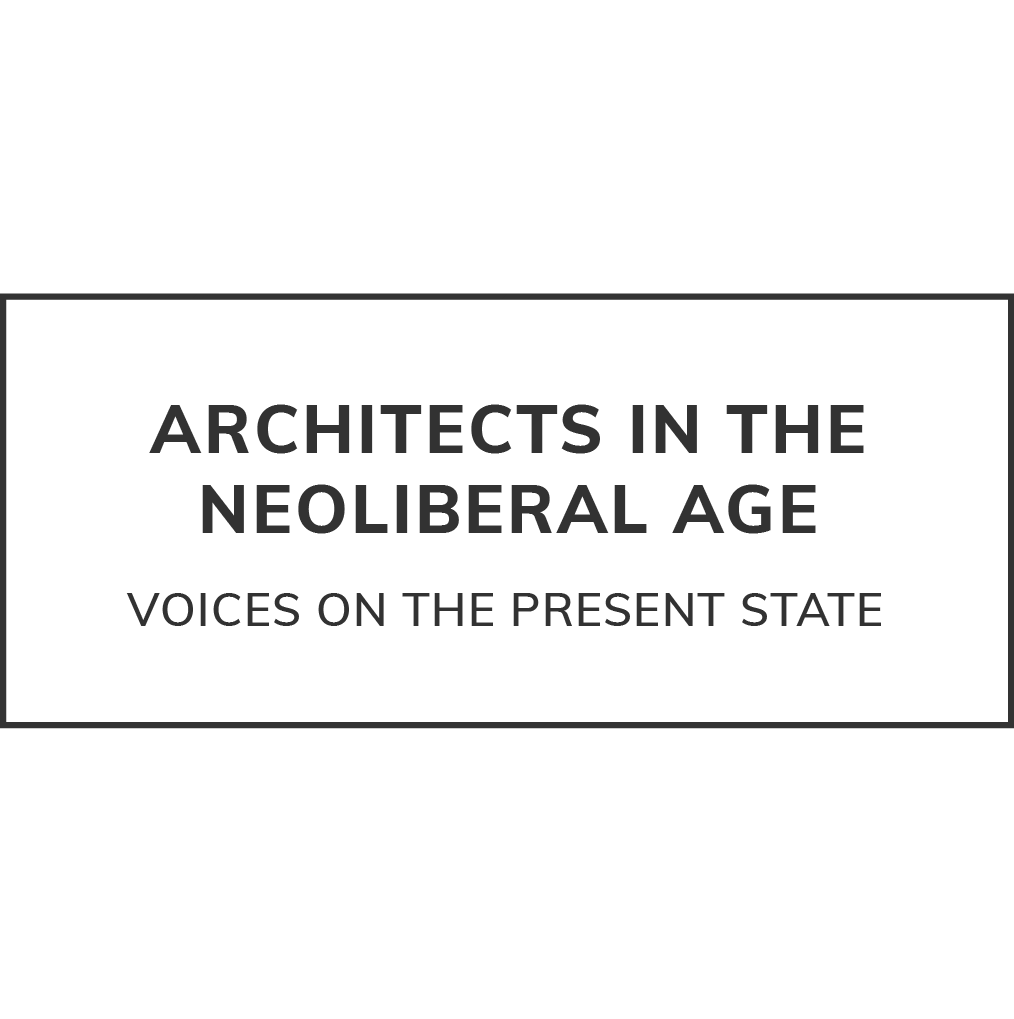